On 22nd May 2018, MCRB held a consultation in Yangon to obtain comments on the draft ‘Land Rights and Business in Myanmar’ briefing paper, an update of MCRB’s 2015 Land briefing paper.  The presentations are available here. Reference was also made to the separate forthcoming paper on responsible investment and laws relating to agriculture plantations and land, which MCRB is coauthoring  with Oxfam.

In addition to support for the main elements of the paper, a number of cases and experiences were shared by participants who noted that:

MCRB welcomes feedback on the draft Land Rights and Business in Myanmar briefing paper before June 30 2018. Please send your comments to and 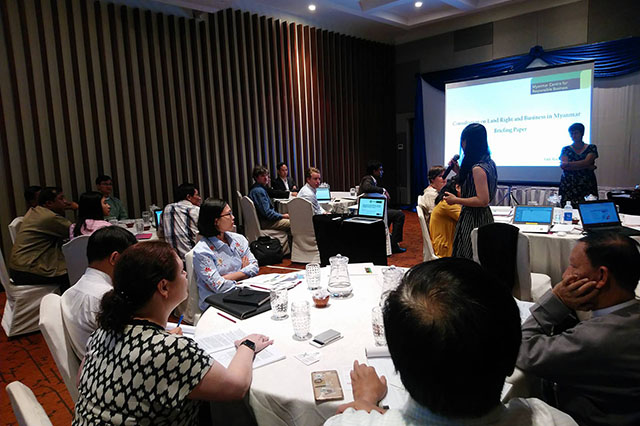 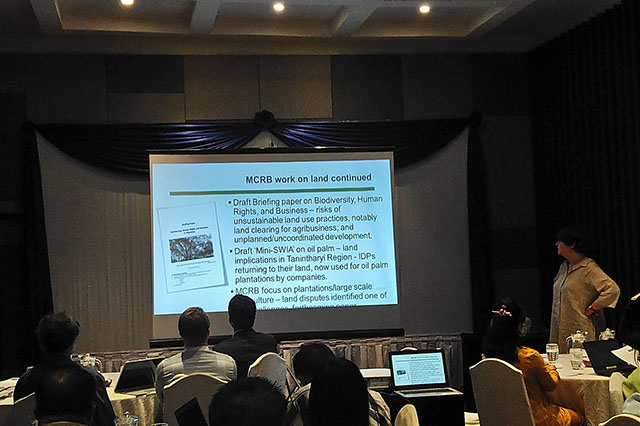