On 18 January, over 130 participants attended the second digital rights forum in Yangon hosted and co-organised by Phandeeyar together with MIDO, Engage-Media, Free Expression Myanmar and MCRB, with support from the Government of Sweden.

Over half came from civil society organisations working on a variety of issues including peace, gender, freedom of expression, consumer rights, with the remainder evenly split between the private sector, government and parliament, the media and academia. More than three quarters of participants were attending for the first time.  The First Digital Rights Forum was held on 14/15 December 2016.

Participants were polled on the three digital rights themes of the Forum: freedom of online expression, online privacy and security and equality of online access, and the current state of play, and priorities for action. Concerning freedom of expression 68% thought the situation had worsened in the last year (19% unchanged, 14% improved); online privacy was regarded as having deteriorated by almost four-fifths participants (78%), with the remainder (20%) believe it had stayed the same.  However positive news came on equality of online access, with 59% seeing and improvement (27% unchanged, 14% deteriorated).  On both privacy and freedom of expression, the top priority for action was seen as amendments to laws and policies, with public education also identified as necessary in both cases.

The opening session of the forum was addressed by the Ambassador of Sweden, Staffan Herrström, Nay Phone Latt MP and Founder of MIDO, and – by video - by David Kaye the UN Special Rapporteur on the Right to Freedom of Opinion and Expression after which participants exchanged information on the state of play in each area, and identified key challenges.

Vicky Bowman’s opening presentation covered the digital rights developments of 2017 and a look ahead to 2018, including non-ICT related laws and policies into which digital rights should be factored. The second day of the Forum on 19 January will identify an advocacy and action agenda for 2018.

The agenda for the Forum can be found here. 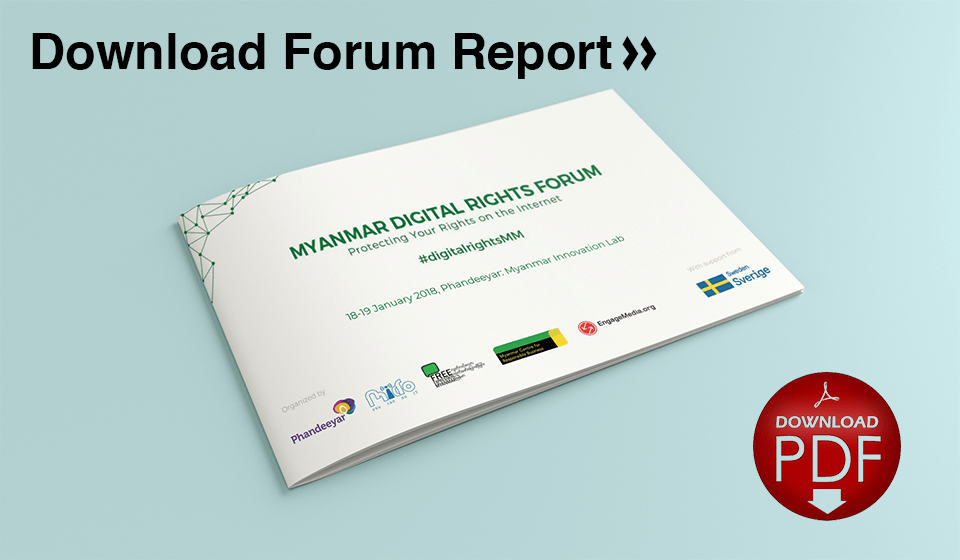 Previous
MCRB Welcomes Progress on Labour Law Reform, and Highlights the Value of Drawing on International Standards and Expertise 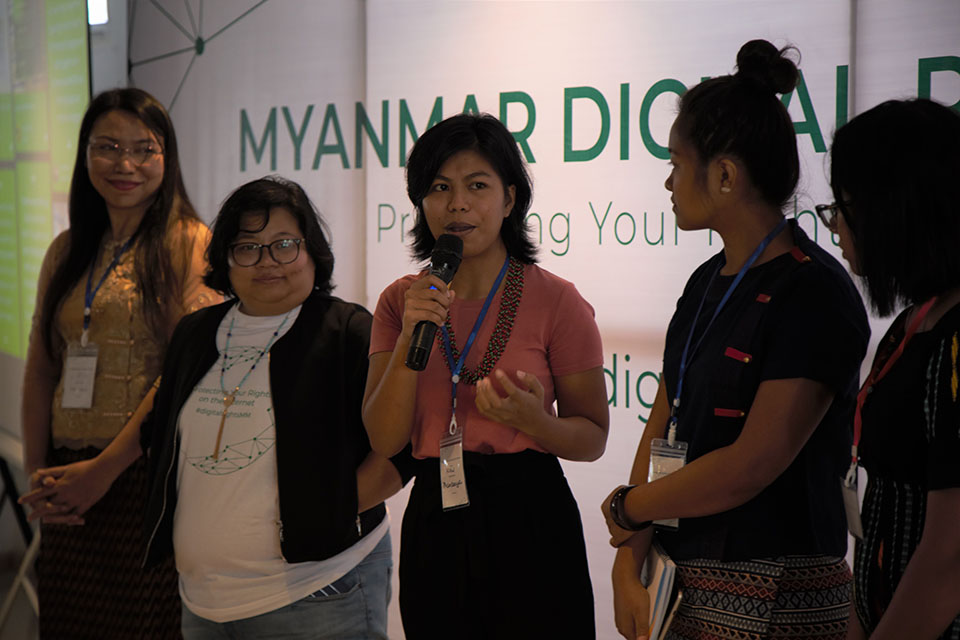 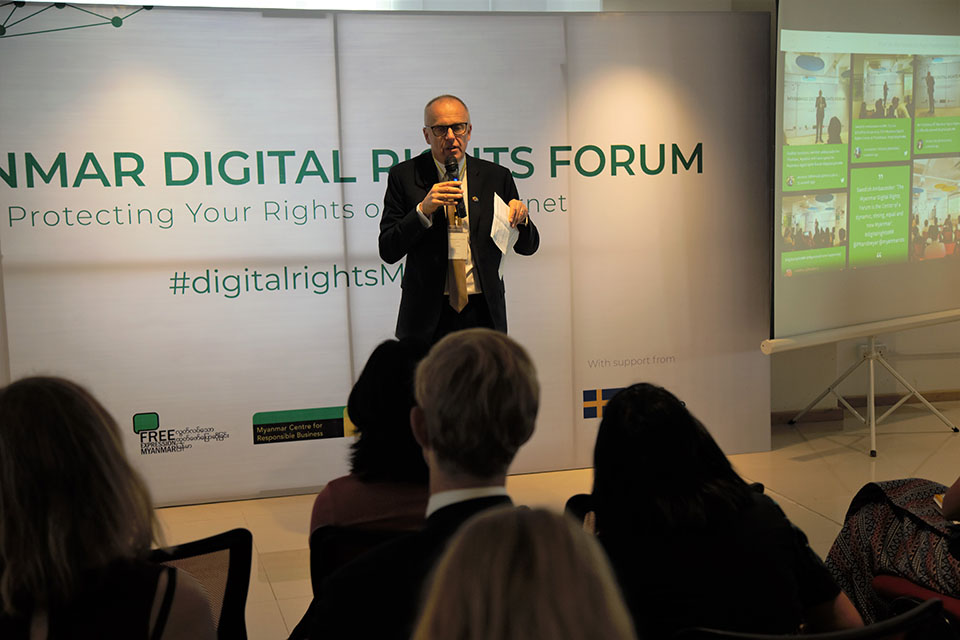 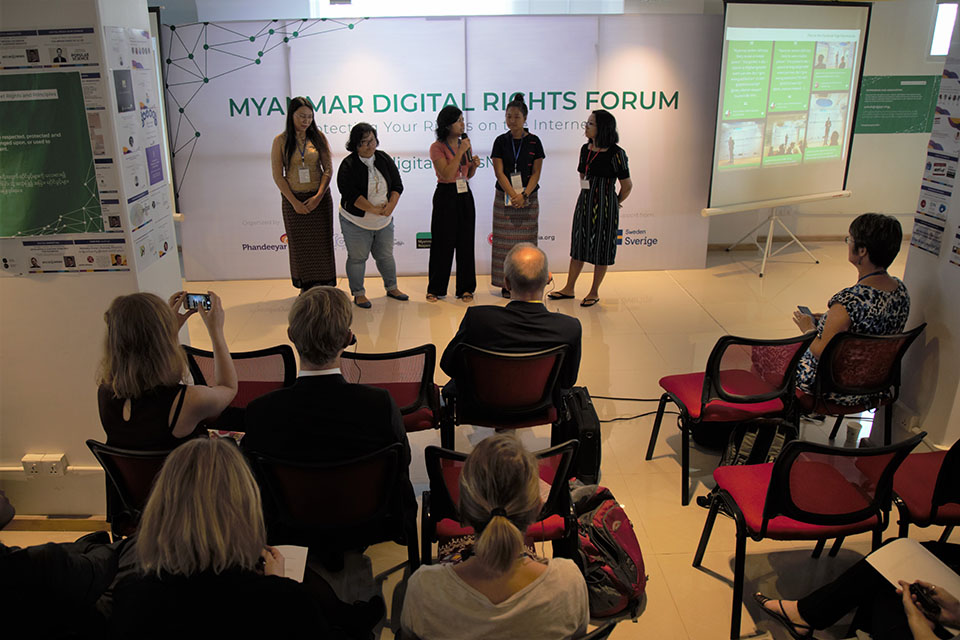 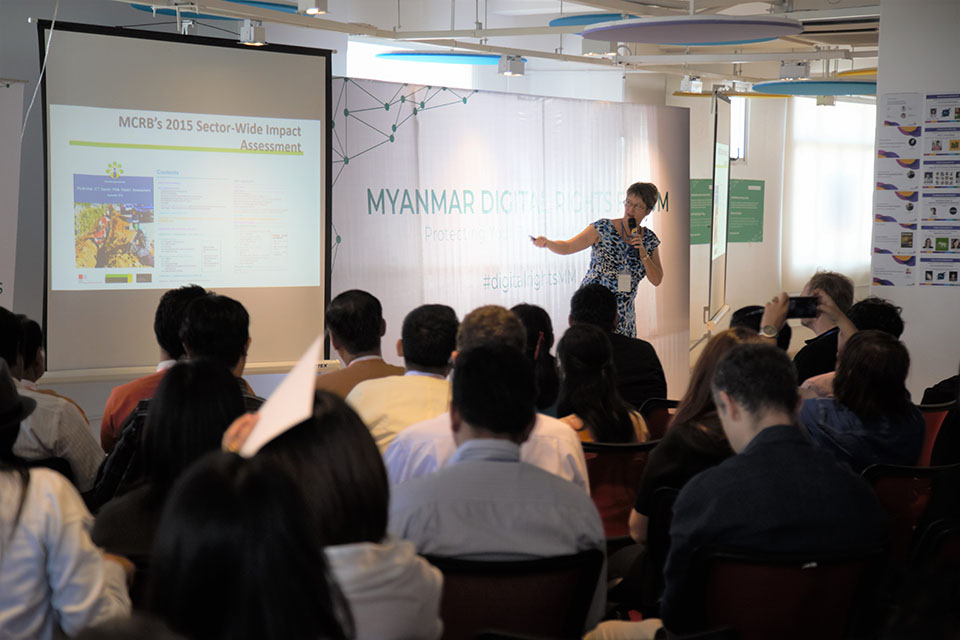 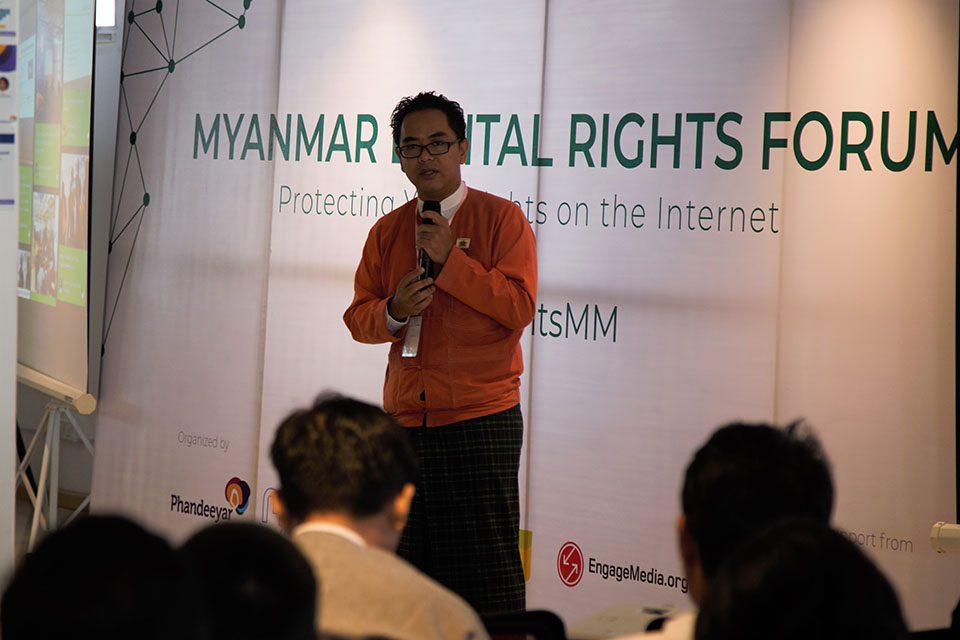 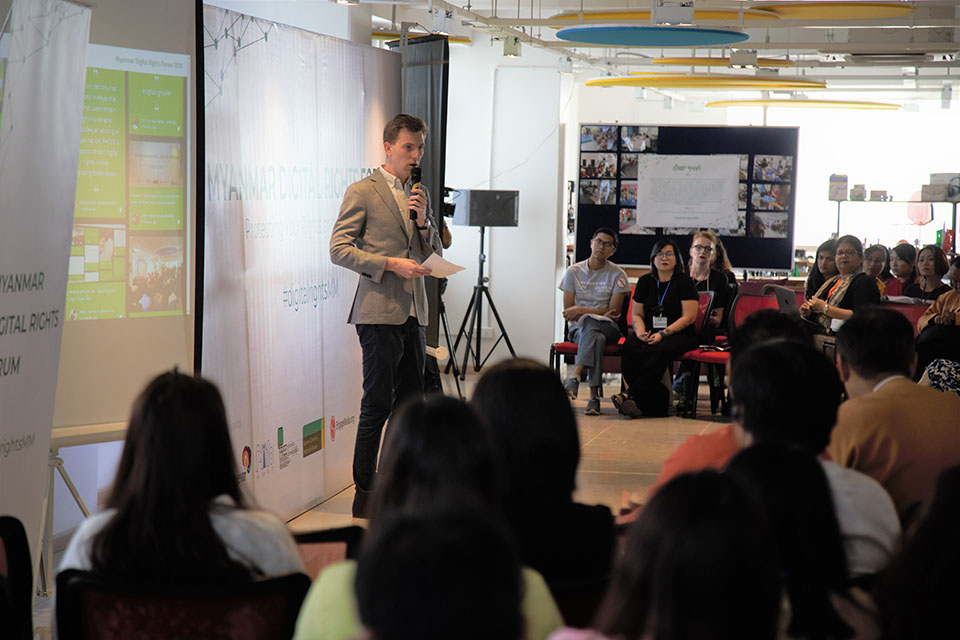 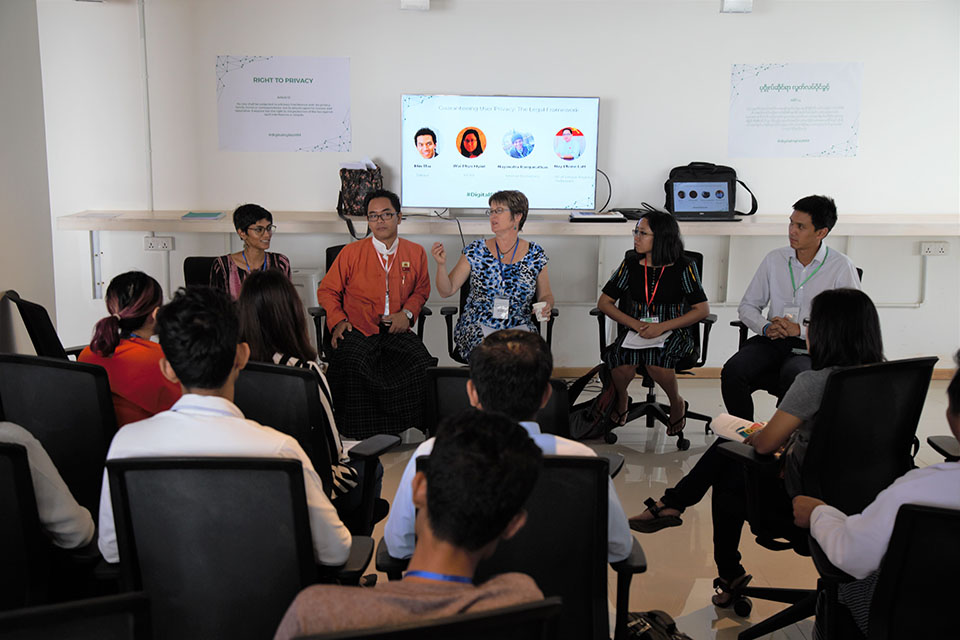 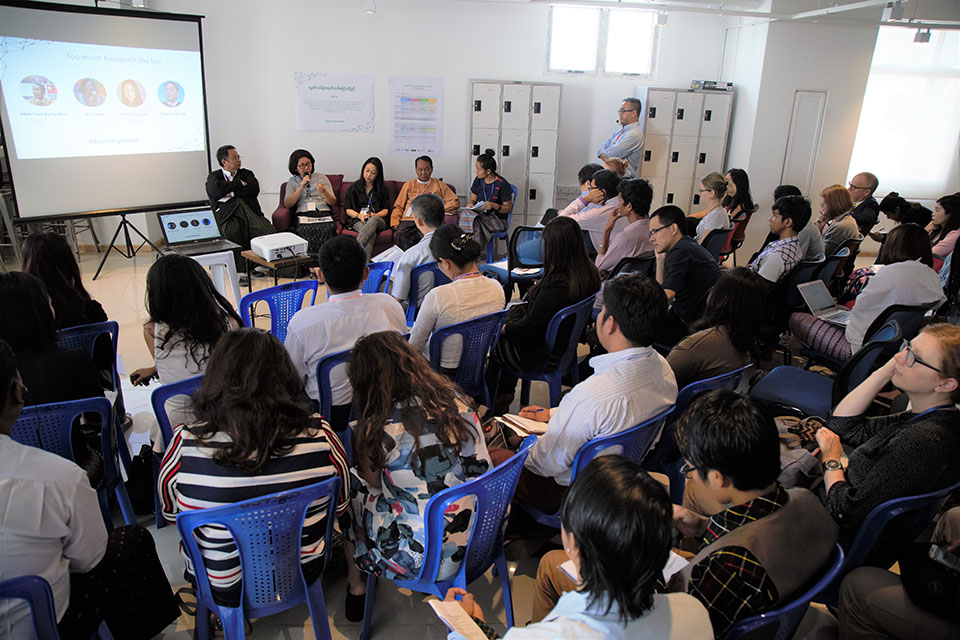 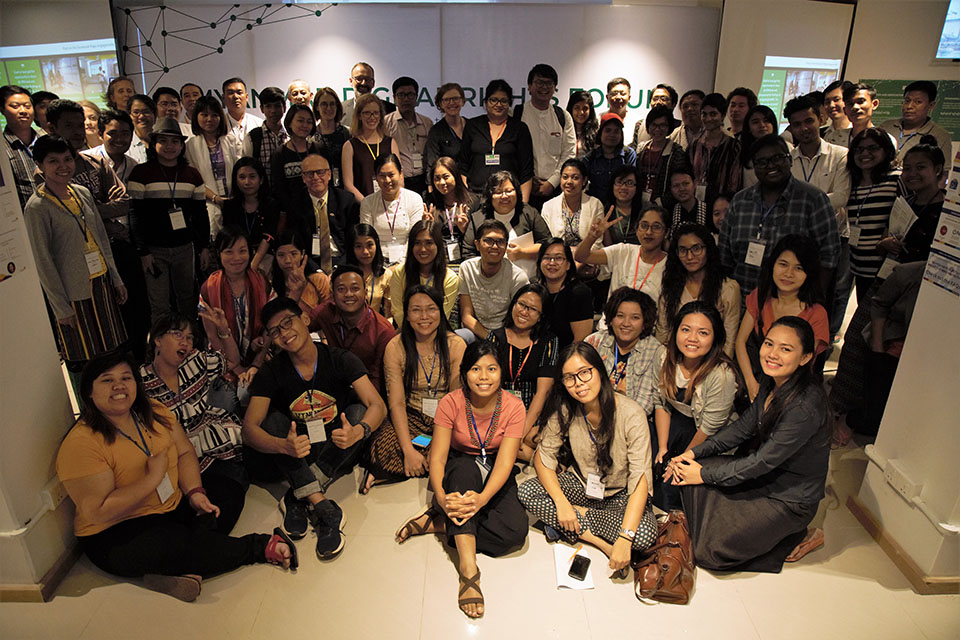 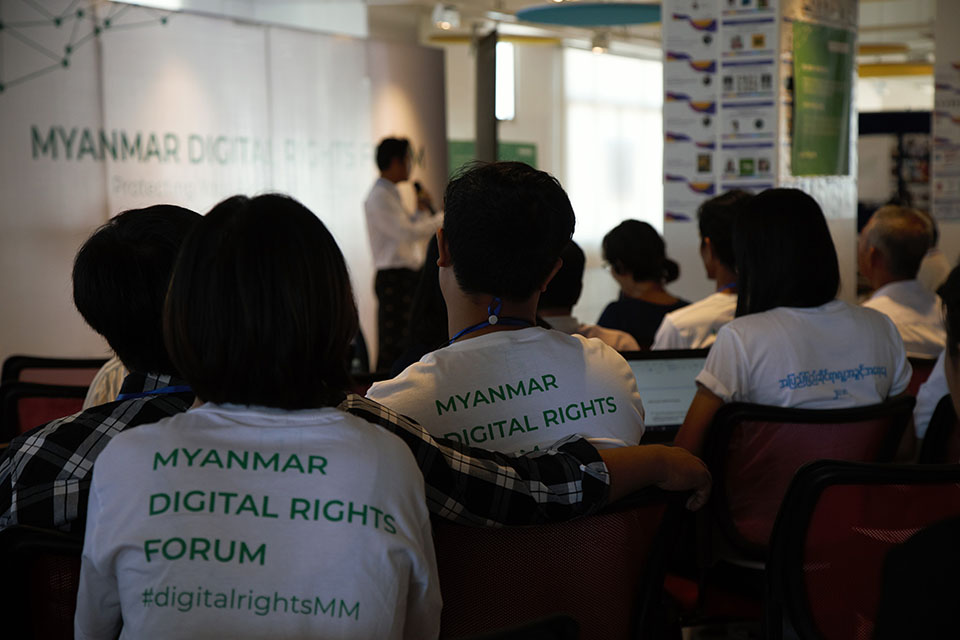 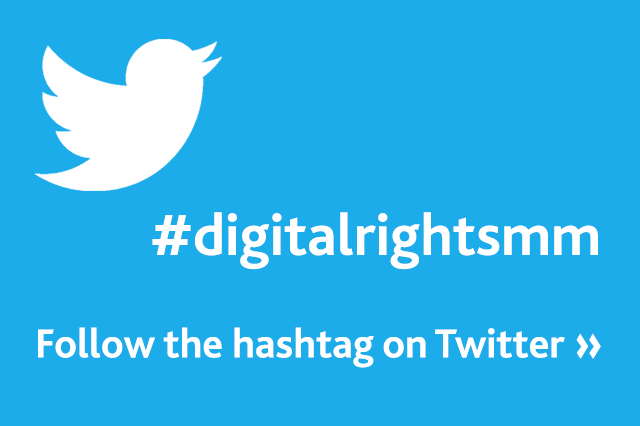