Consultation Held on the Discrimination and Business in Myanmar Briefing Paper

On 9th June 2017, MCRB held a consultation in Yangon to receive feedback and engage in discussion on the draft Discrimination and Business in Myanmar Briefing paper.

The participants discussed how it is important for businesses to understand the nature of discrimination in Myanmar and its relation to business activities and how to prevent and address discrimination in recruitment process and at workplace. In addition to support for the main elements of the paper, participants highlighted the following:

MCRB and CIAG held a discussion on 11 January on how the ‘Framework for Dignity in the Built Environment’ could be used for new building projects and renovation in Myanmar.

The 2020 Report assesses information disclosure on the corporate websites of 260 large Myanmar companies, including listed, and public ones, and for the first time, includes all banks. 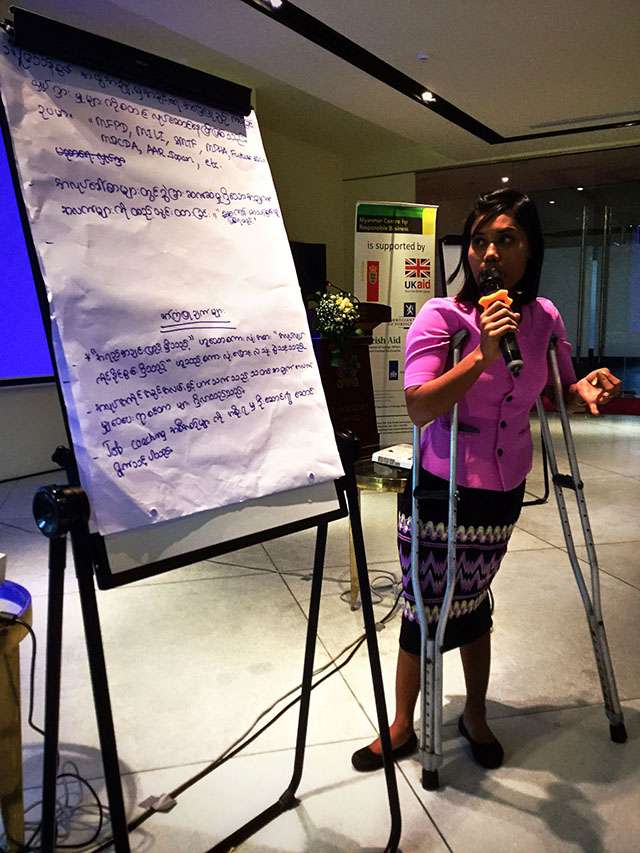